June 14, 2013
Running GC-based languages on embedded systems always give a challenge to limit the physical memory amount taken by the processes. Python scripting is obviously a good example what would happen if you use long-running processes and which problems you could face. Let me show my research and the way I've used to fix the memory consumption.

First, a trivial example which is used in the Internet, and which is actually wrong and doesn't show the problem:


Running it shows that everything is fine (here and below I use Python 2.6.8):


But let's use a dictionary object instead of the list now:

That doesn't look good, isn't it? Obviously Python manipulates dictionaries in a different way, but unfortunately it's not the good news for us.

The first guess is that Python uses PyMalloc which doesn't free the memory but reuse it later. It's fine for the desktop/server systems, but not so good for the embedded systems, because other processes have needs in memory too. Please notice that an operating system can behave differently for the embedded systems and might not send special signals to the processes to reclaim the memory (as in my case). Also PyMalloc's freelist memory pool for integers and floats is never claimed back to the operating system at all.

The second attempt is to recompile Python without PyMalloc:


Mostly the same numbers, so looks like PyMalloc has nothing to do with it. And actually it's true, this it not PyMalloc behaviour, but glibc. See the bug: http://bugs.python.org/issue11849 In few words, if the process allocates a lot of small objects, glibc uses different approach and to enforce releasing the memory pool one should use malloc_trim(). The patch has been applied to Python 3.3 to improve the situation (the sample code should be slightly modified to be compatible with Py3k, I skipped it here):

But as you can see, the problem still exists. Using memory_trim() manually in the Python memory allocator doesn't sound like a good solution, however another solution can be applied - to use not glibc memory allocator, but 3rd-side one. In my cases it's jemalloc:

Presto, problem solved! It wouldn't be so easy for certain environments, especially with prefixed API, but it's a start. Also the custom memory allocator could be applied for different processes, not only Python, and eventually it can save a lot of memory in your embedded system.

Popular posts from this blog

November 12, 2009
Trac is the wiki and issue tracking system that is the most used for my software development projects. Let me share few hints about its ticket workflow, especially about the statuses, the roles of the participants, and let me give an example of the workflow config. But if you are interested in other things like Trac plugins, source browser, customizing, etc, let me know. All the information given below regards the workflow described at the end of the article. The original Trac workflow is missed vital features like the support for ticket verifying, or the required ticket statuses range, so I do not use it in my projects. The description of the main statuses: new - the ticket has been created; in-progress - the developer has began to work with the ticket; fixed - the ticket is fixed (the problem issued in the ticket is solved); verified - the ticket is verified (tester or PM has verified that the ticket is fixed correctly); closed - the ticket is closed (it's not
Read more

Getting PID in Java/Scala (cross-platform)

October 01, 2017
The Scala/Java environment has a certain lack of features regarding process management - it's in a very good shape, but sometimes we need more. It's totally understable considering that the underlaying system is the JVM (in most cases), however once in a while we have to leave the sandbox. That was the case I've faced, and it got me to the problem how to get the ID of the process I started in JVM for various operating systems.
Read more 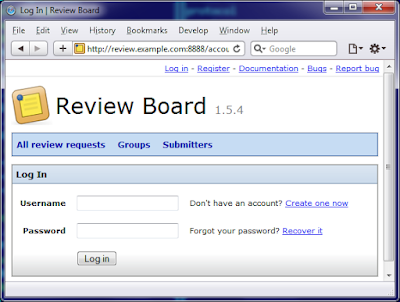